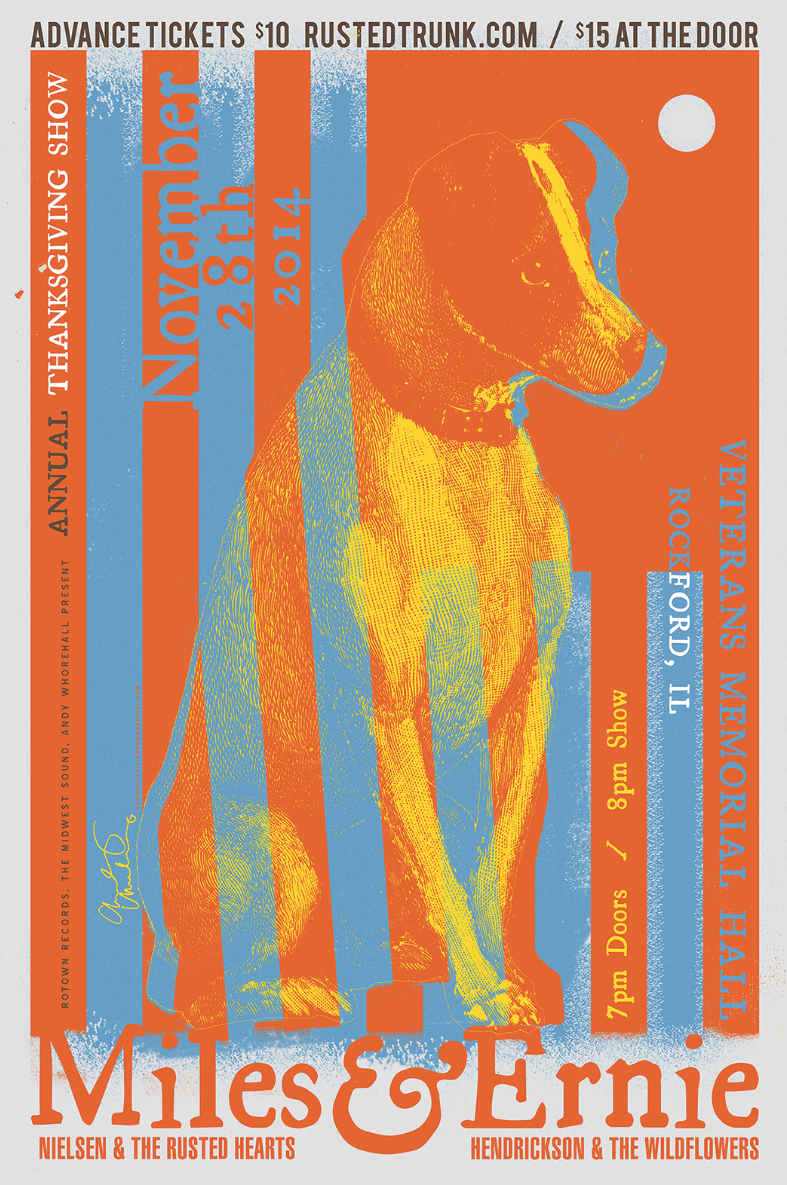 2014 marks the 10 year anniversary of “Andy Whoreahall,” and to continue in the sharing of what has helped me make this a tad more fictional than it is are the fellow artists that work together year after year to host events that celebrates the power of music. Granted, this goes on everywhere, but y’all have no idea how hard this is to pull off in a socially damaged, culturally challenged shithole of a region called Rockford, IL. (Music, books and the arts – for the most part – are vapid subject matters for the majority of the community to care about.  Moother fuckers love their fake country music and pitchers of Miller Lite beer before and after distrurbingly popular strip mall / boxed church services. Ahahahha, seriously, y’all some fucked up people out there!  Pray to dat Jesus and then git drunk, y’all!  Ahahahahha, anyway.)

Helping the artists host their own holiday event has been a creative pleasure to partake in.  They rarely turn out how I’d like them to, though, I think 2010, 2013 and 2014 finally got it right.  2014’s event is Friday night at Veterans Memorial Hall in downtown Rockford, IL, November 28th, 8pm.  A few tickets are still available to order online, now, at http://rustedtrunk.com  A few tickets will be available at the door.

Here are a few posters, designed, illustrated over the years for Miles and Ernie for their Thanksgiving shows, along with alternates that never saw the light of day. 2010’s giant red turkey ended up being screenprinted as a limited 10-15 print run on 18 x 24 chipboard by Javier / Saturated Threads. I have one signed by all the guys that played that night, whoever has the other 10-14 of them, nice. (2008’s turkey nonsense was co-created with Peter Mera.  He left the arts to serve in the Rockford War.  Godspeedyoudaredevil.)

Be nice to animals and don’t trust human beings until you share a pizza and conversation together to decide if the other person is OK.  Pet those puppies, 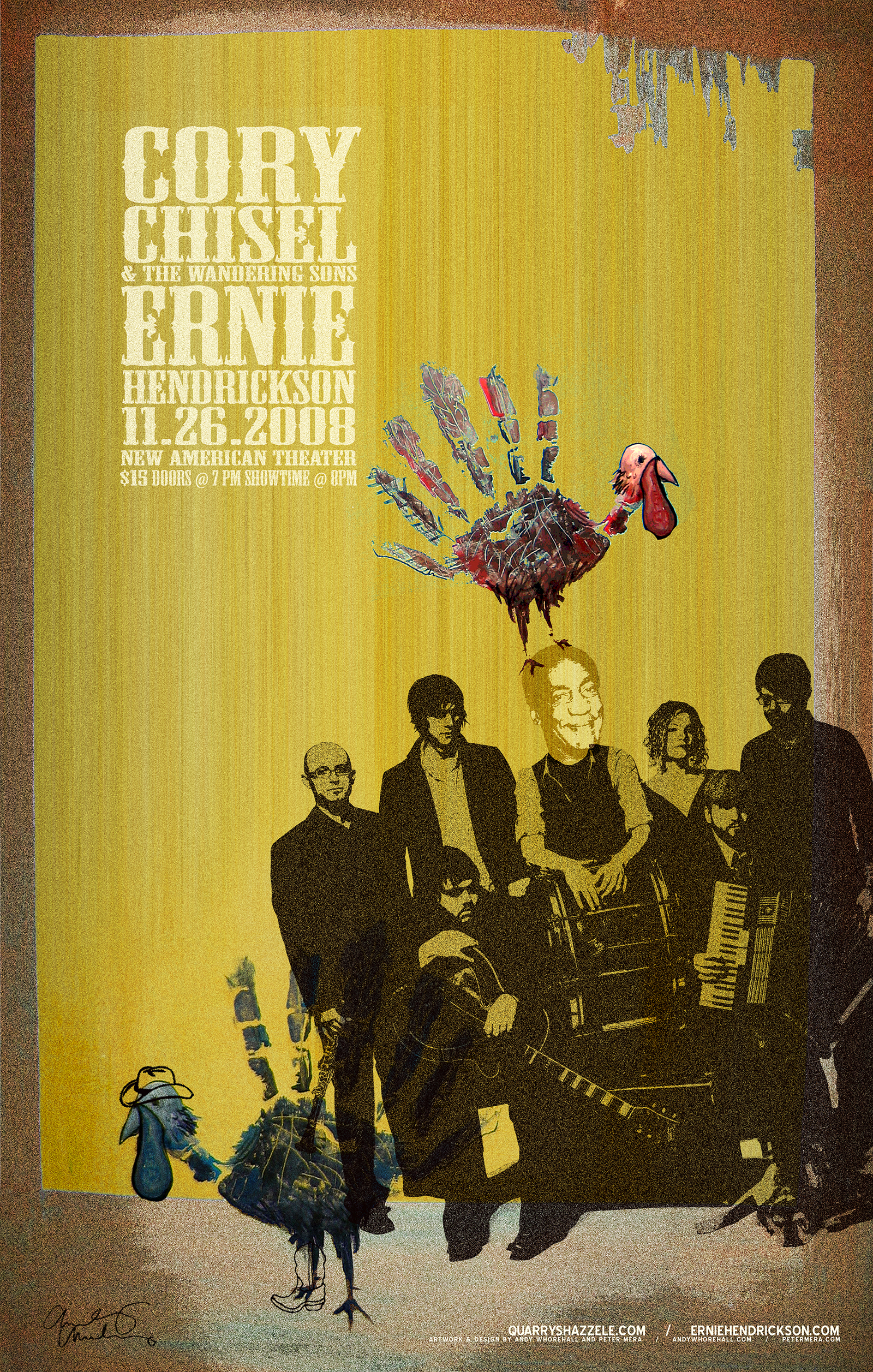 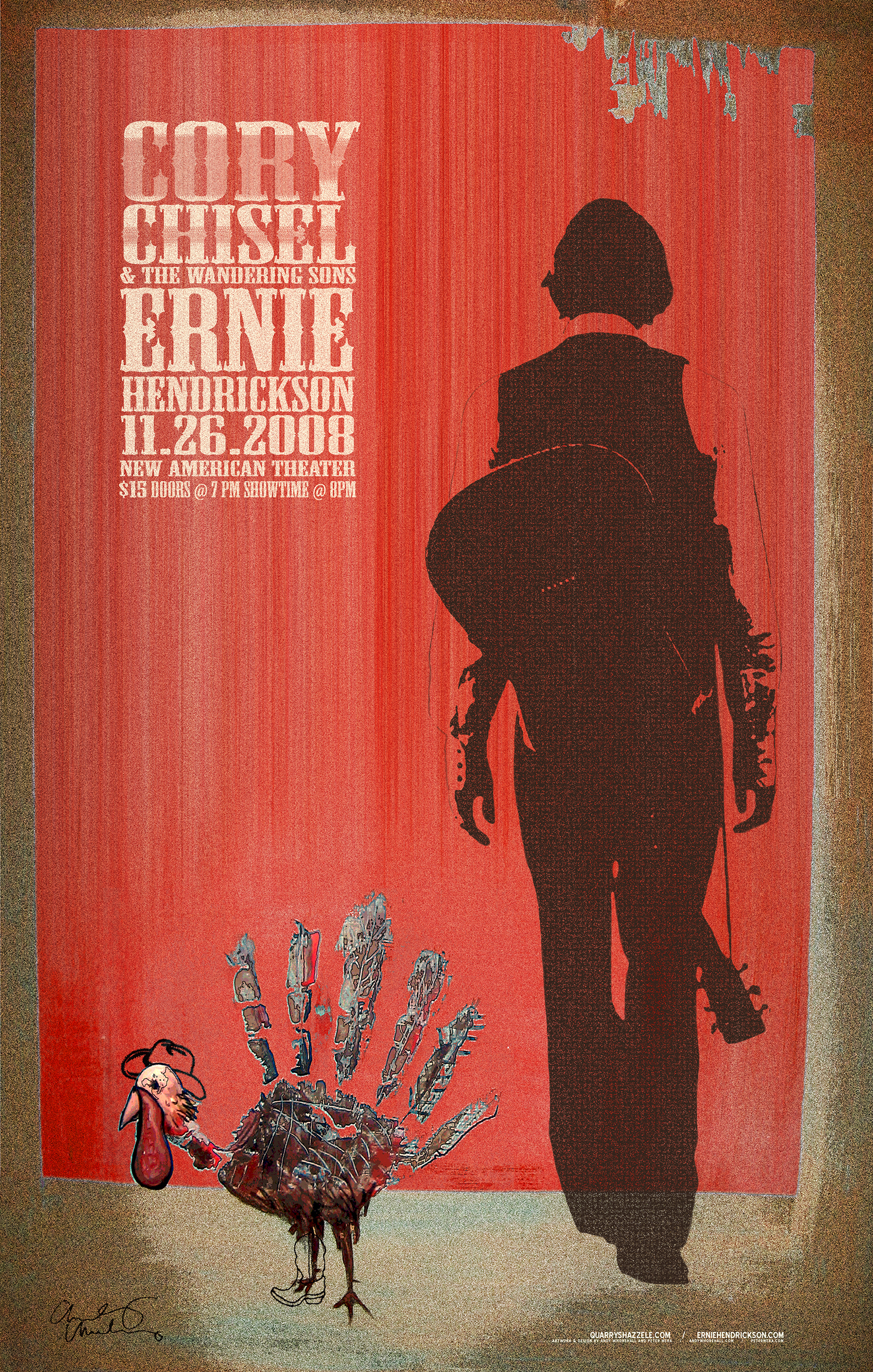 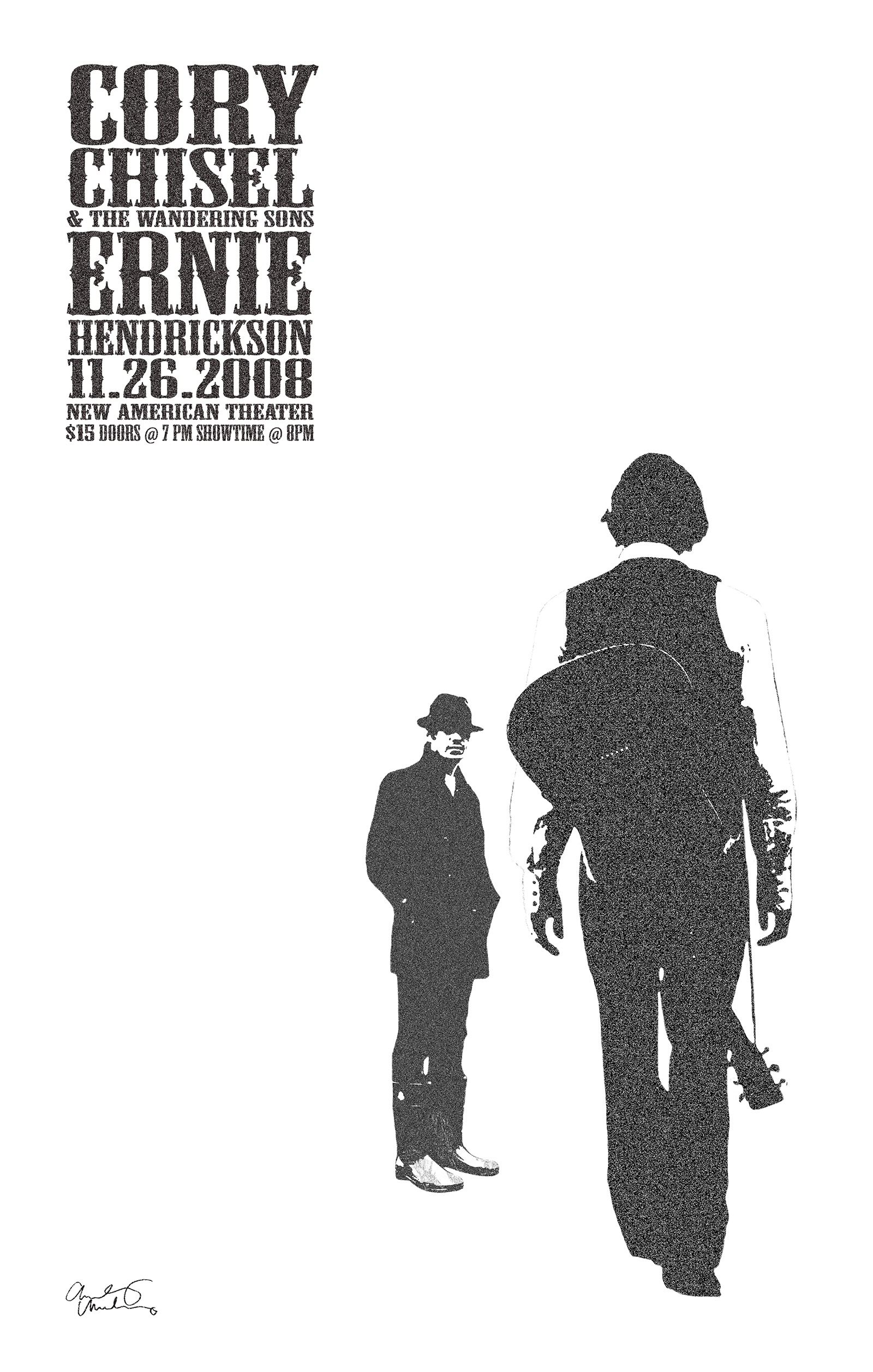 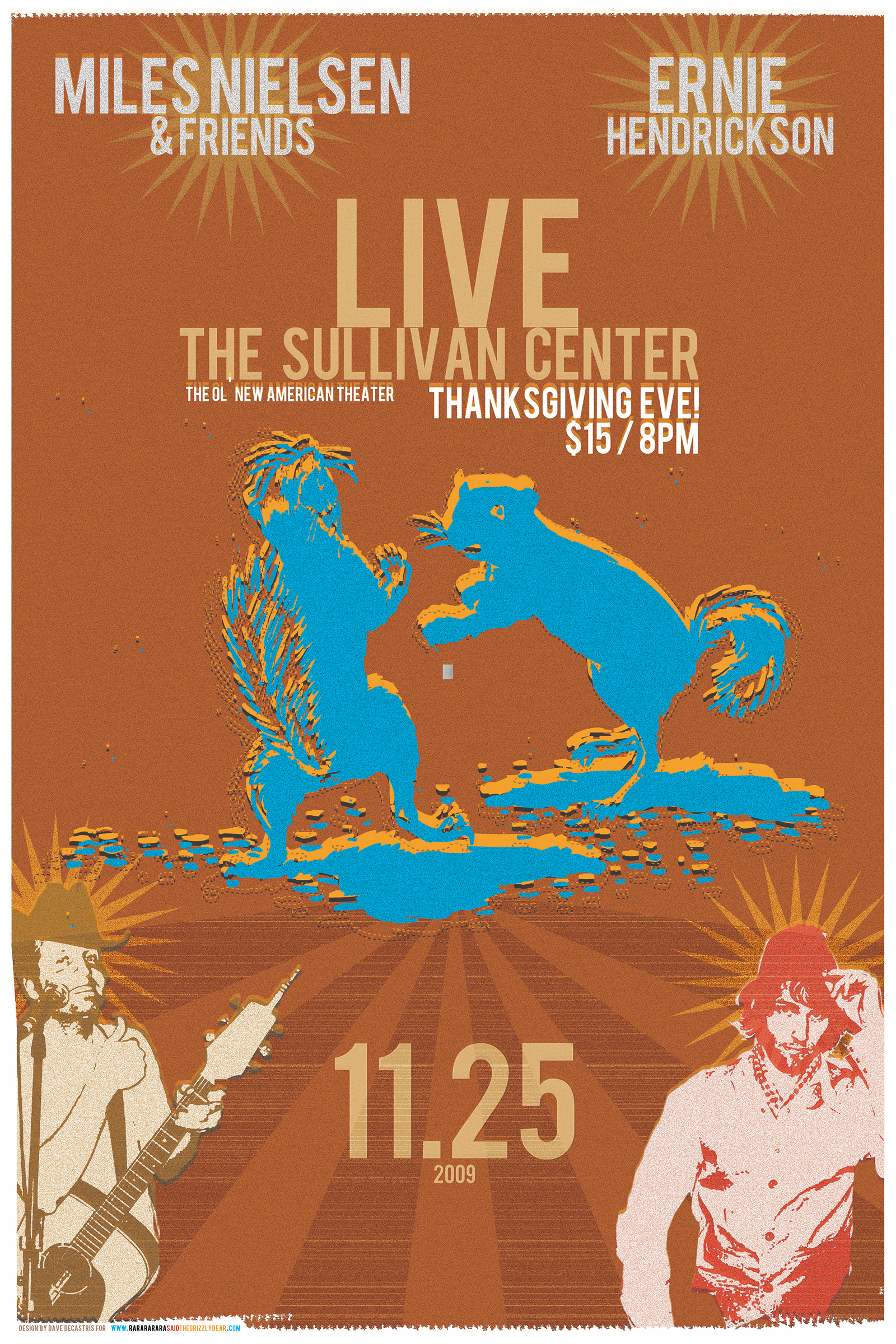 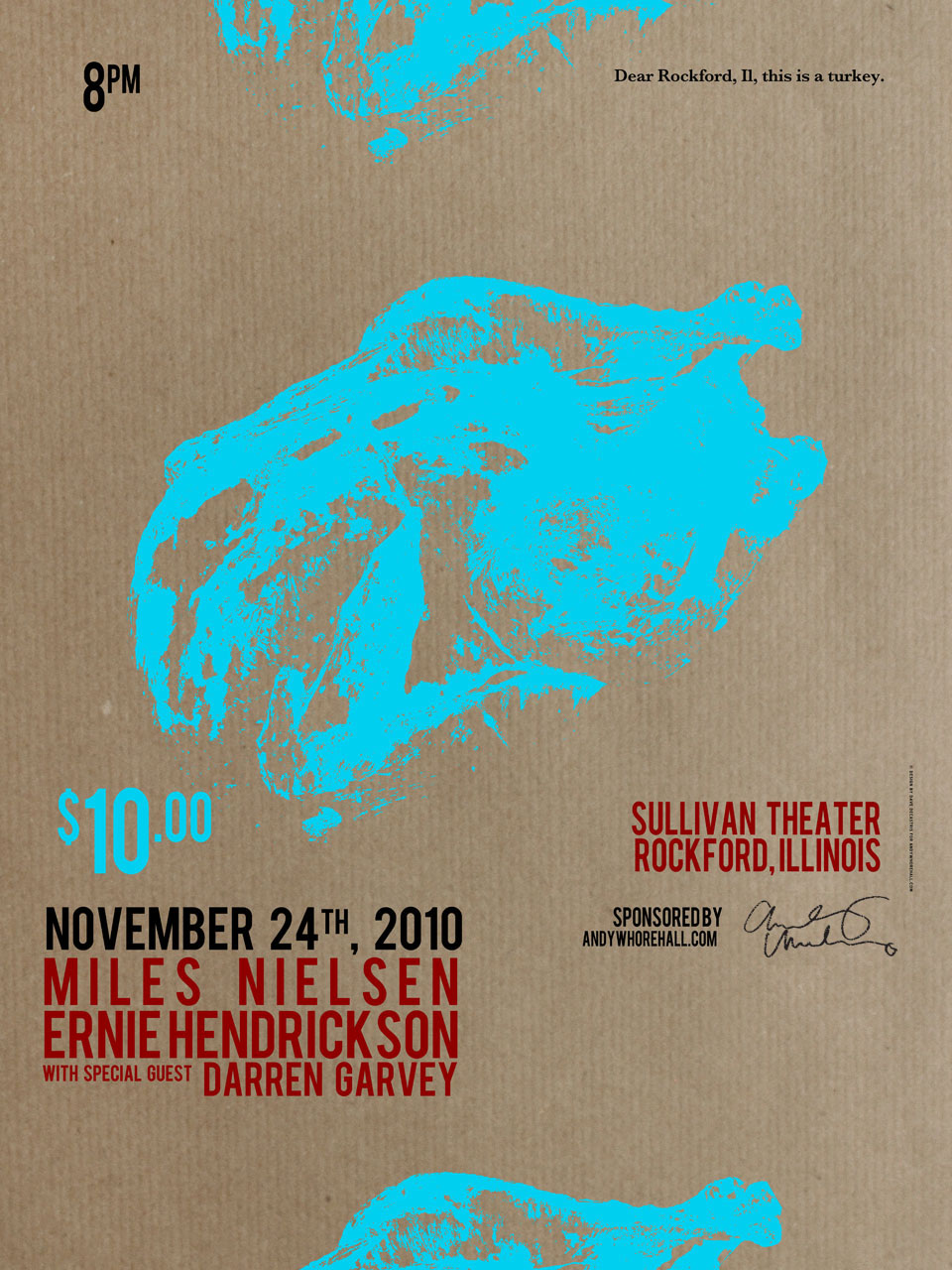 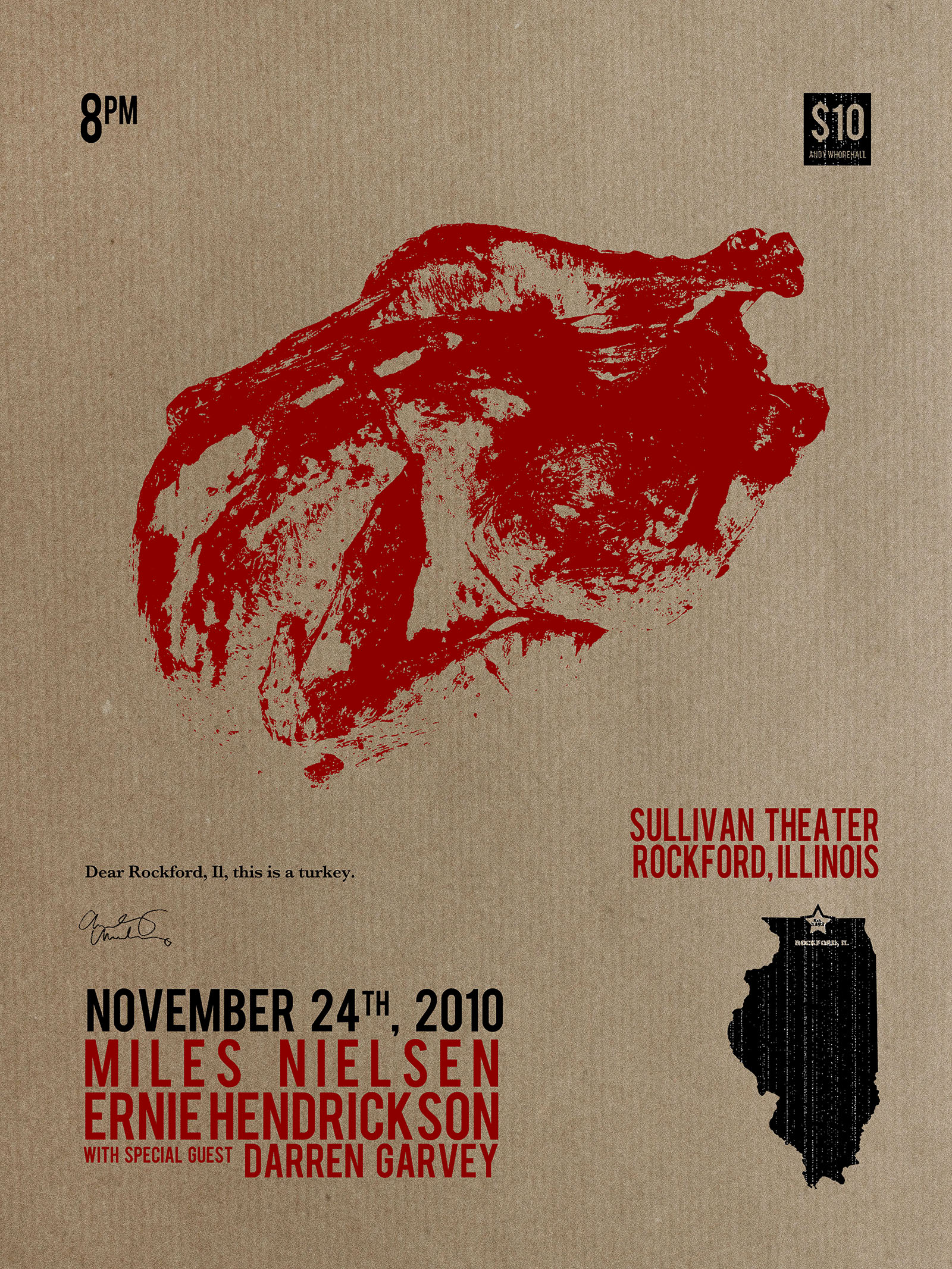 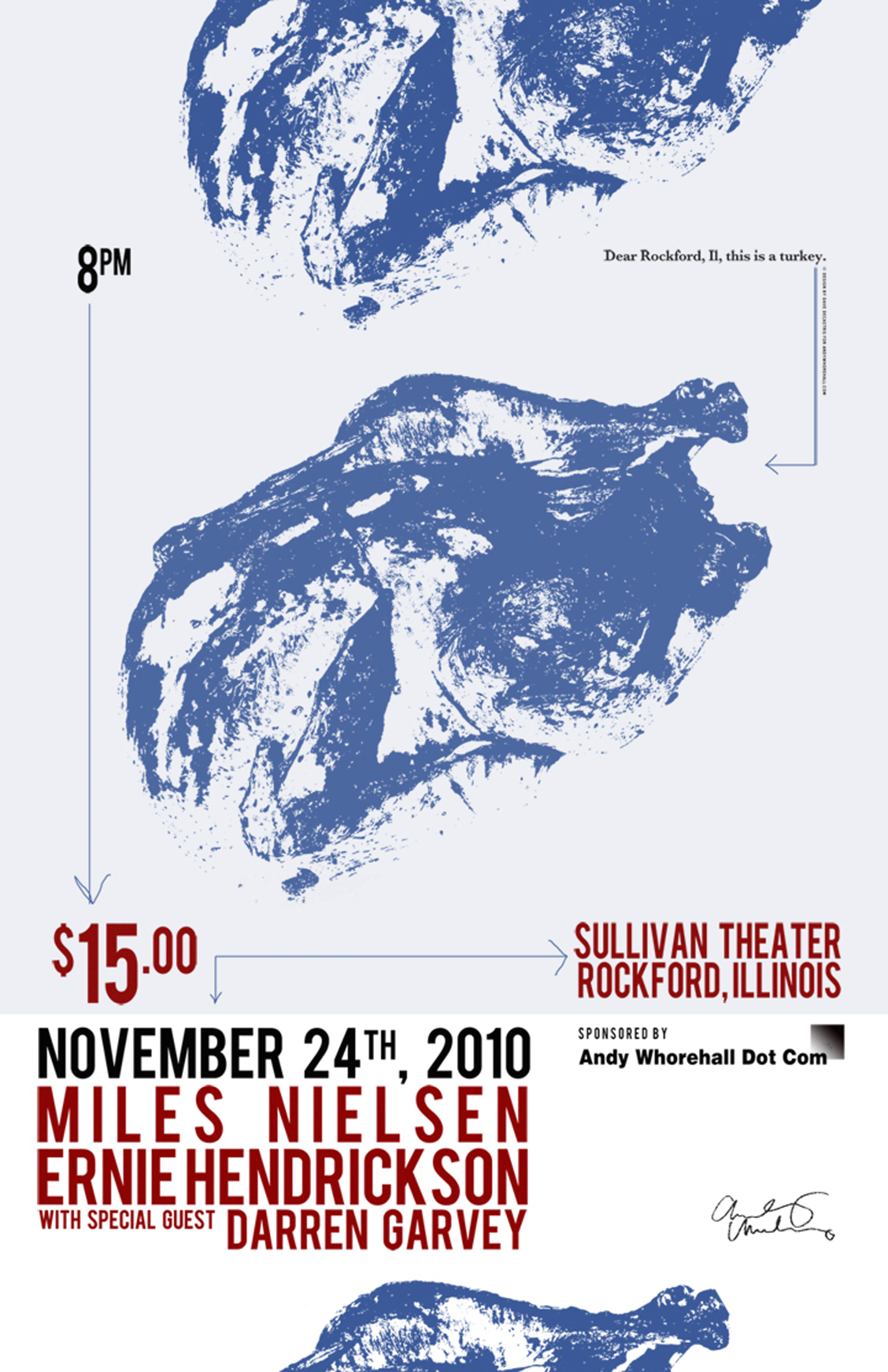 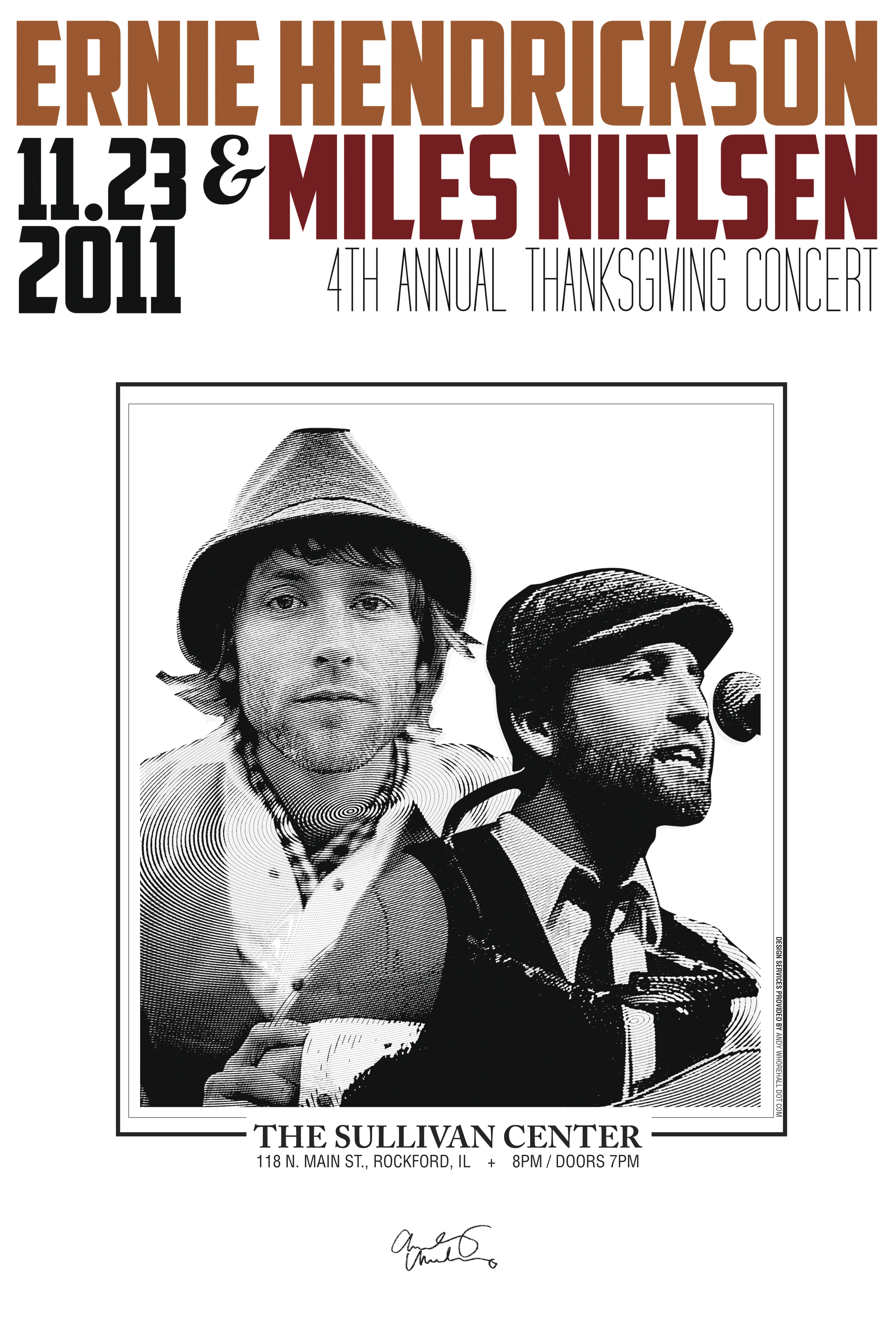 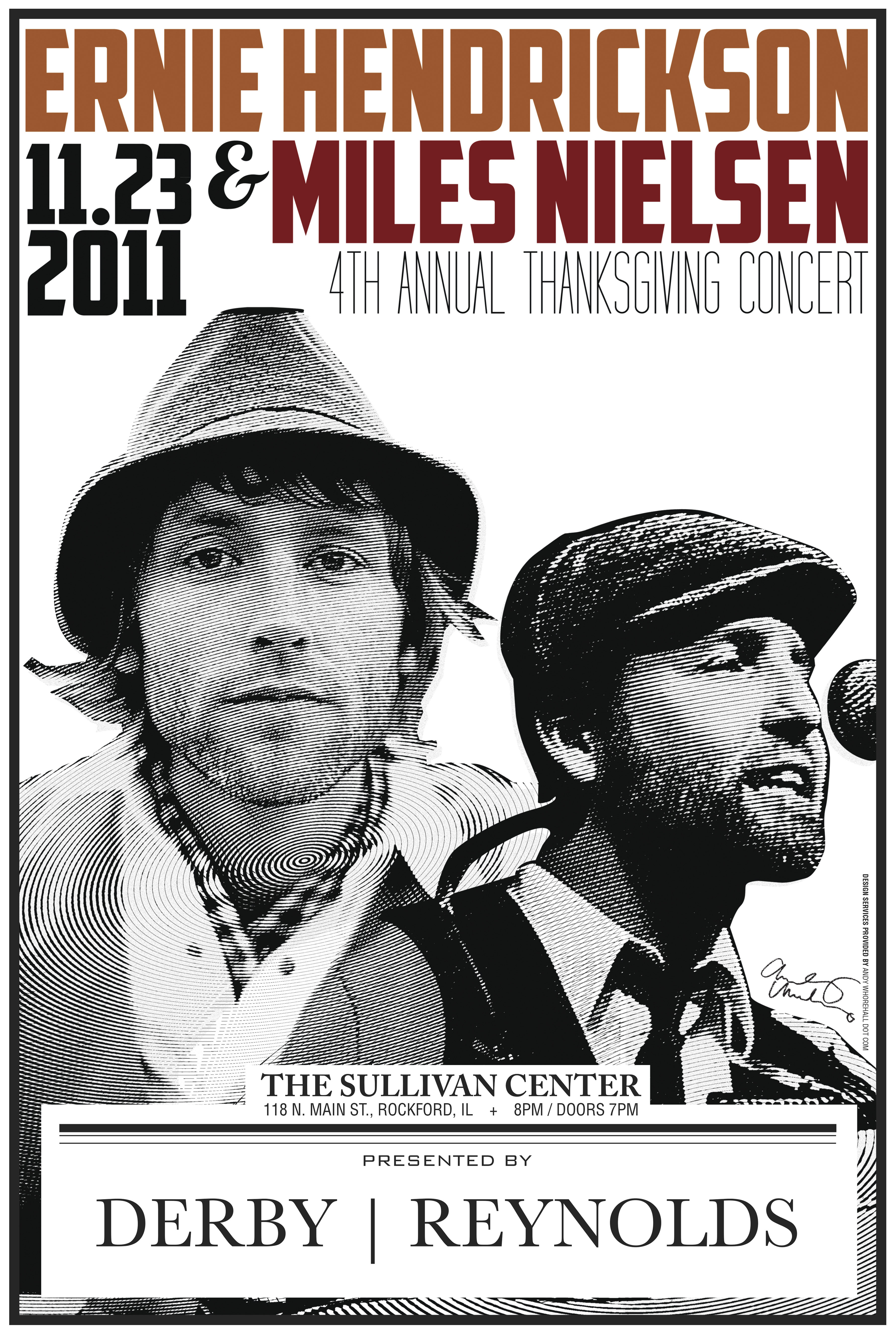 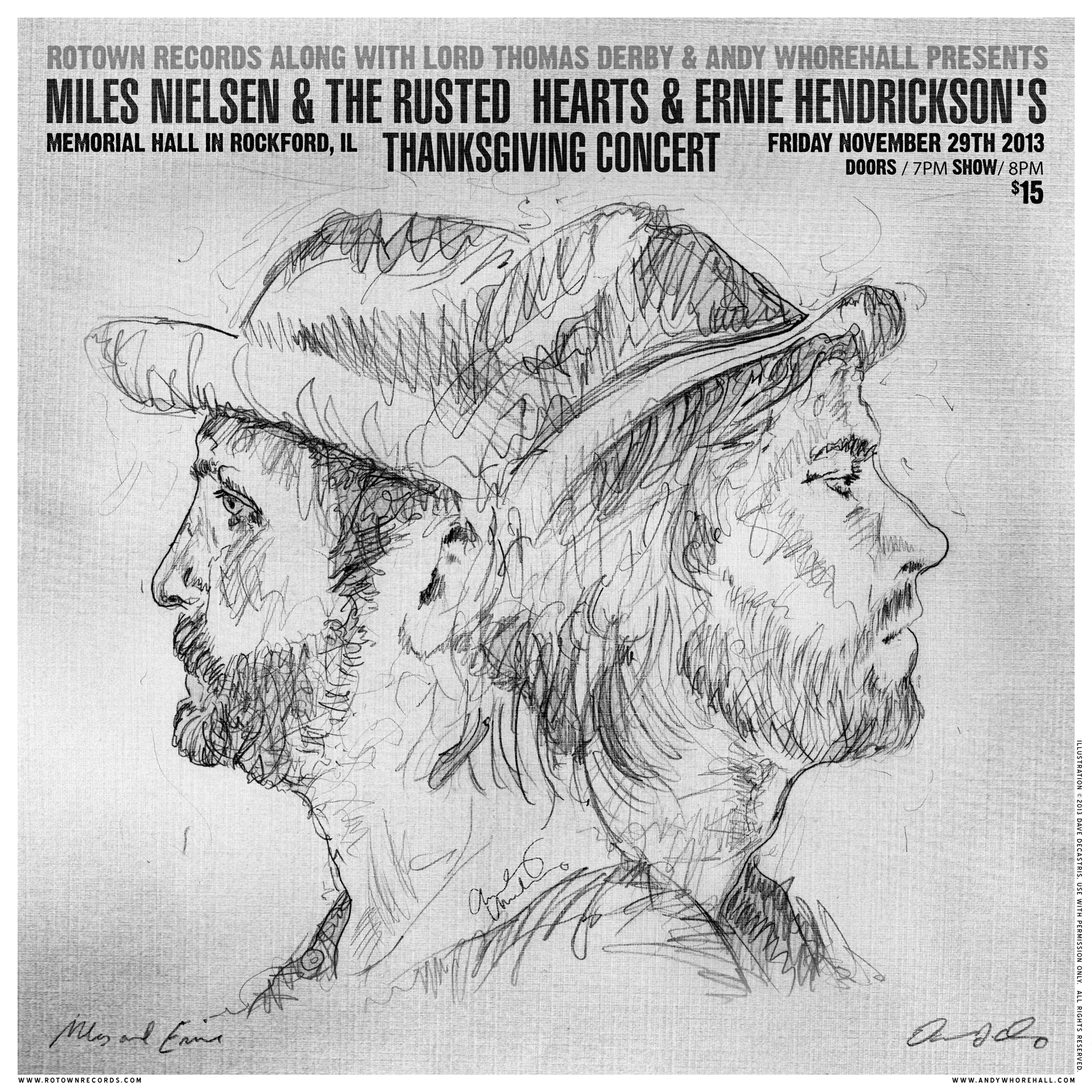 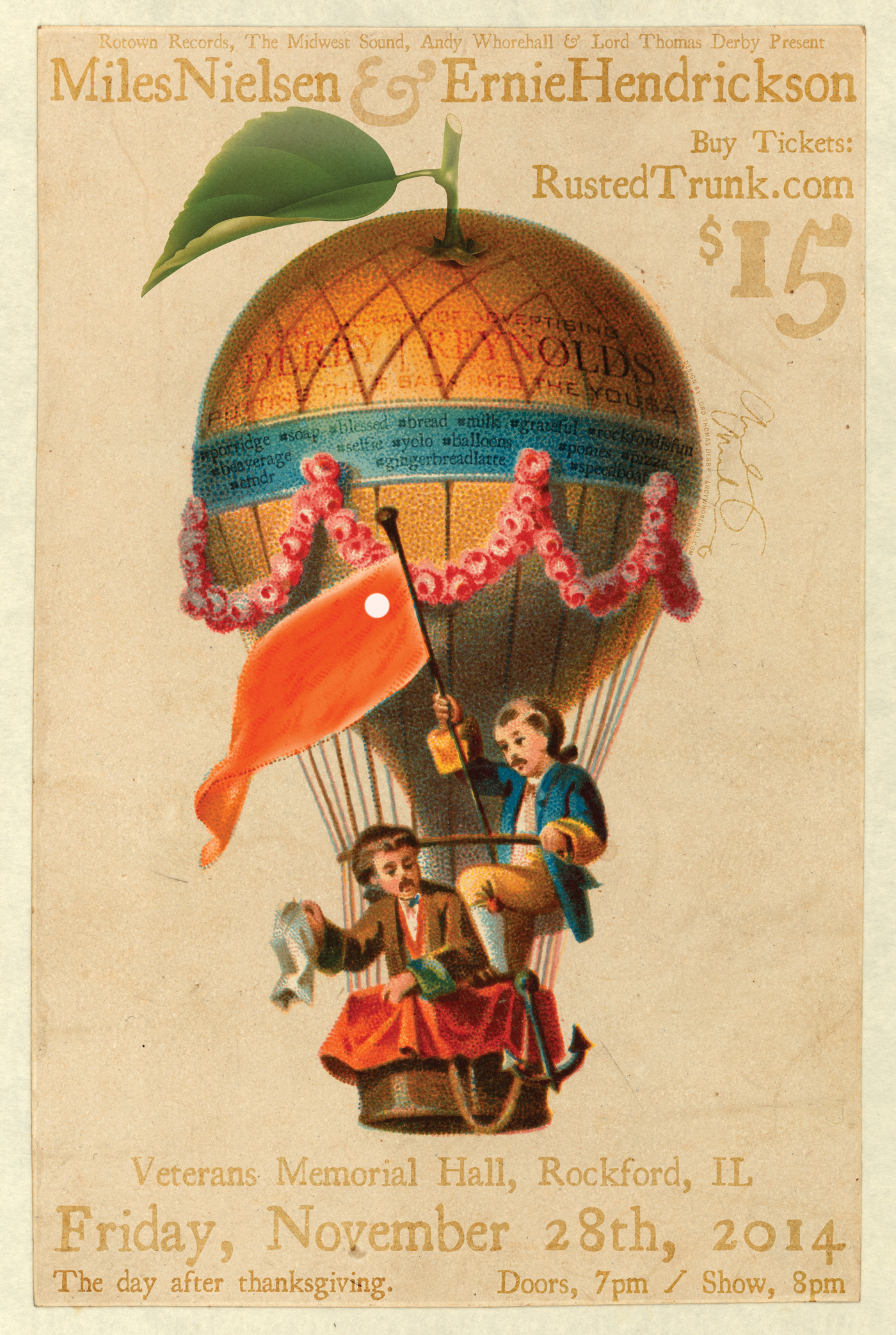