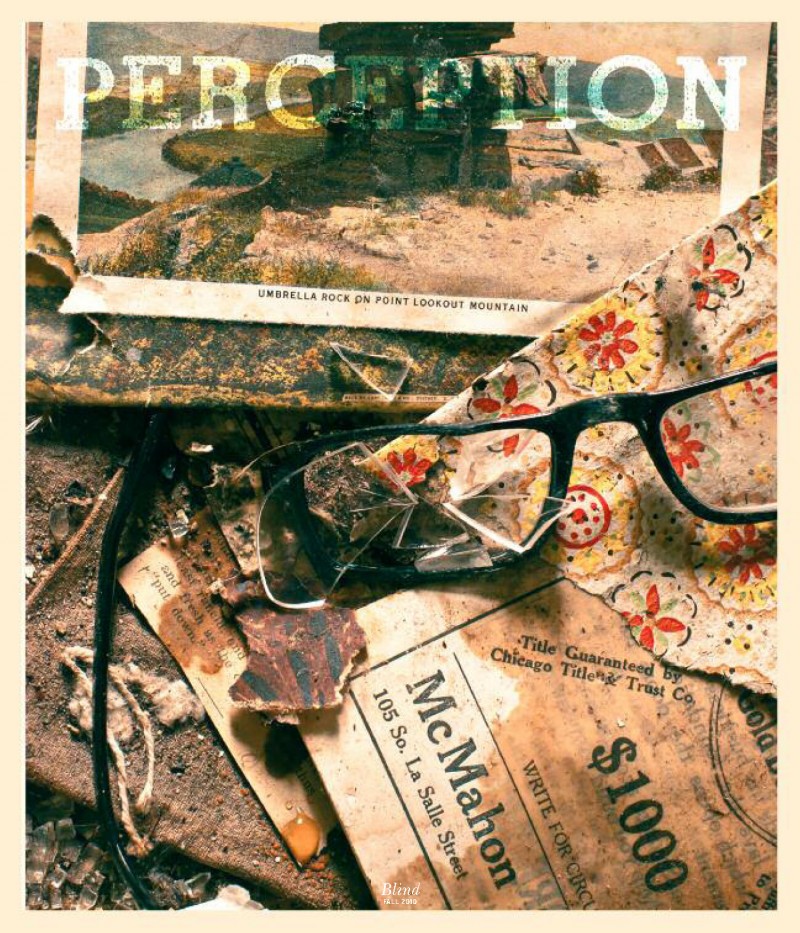 When Creative Teams Catch On To Kooky Clients Too Late

Project: Perception Magazine was a start up publication in Northern Illinois.  Issue #1, “Blind,” (were we ever) was released in January of 2011.  The magazine intended to focus on cultural influences and people, artists, leaders, within the region’s community.  It was produced by a small creative team working on a single issue contract which was sold to us as hopefully leading to an additional 5 issues that we had all discussed more than once over the course of the first issue’s production timeline while planning issues 2 and 3.  It never happened, though the production team knows the true story you won’t read in Issue #2.

In October of 2010, right before issue 1 was set to go to press, the editor decided to remove 40+ pages of finished articles by our staff writer, Brit, that were already laid out, designed, approved. The editor decided to replace ours senior staff writer’s pieces with articles she would provide and rewrite on subject matter we had no control over at this point.  Much of it was pretty kooky to me; biased, conservative pieces on zen-like feminist bullshit.  Hell, one of the articles was an interview with the editor that she wrote herself with her daughter’s help.  Ahahahhaha–no shit!

They were provided in a manner that the entire magazine had to be redesigned and directed to accommodate a lack of words and substance being provided by the editor.  An absolute disaster of a project which any designer in their right mind and a good project contract with enough money in the bank to sacrifice a final payment owed would have abandoned at that point to save time, face and name.

It was a bastard production process by which I made anything that was 12 point text into 14 point text and double or often triple spaced the articles to fill up pages of empty space.  It was a disaster of a project that made it to press.  It also came with many strange meetings between the team and her.  We eventually convened on our own to discuss a series of poor ethics and actions that had occurred.  Kookiness and poor ethics by the editor were approached and greeted with more kookiness and poor ethics.

The work is sometimes worth the nonsense, but make sure the nonsense is entertaining enough to see the work through to it’s end, in this case the client was kooky enough to see through a final product–an expensive one to print at that–which had 0 substance and no ‘comeback to me to read again’ quality.

Below are some ideas thrown away, and some used.
Original photography used throughout the mocks shown by Ryan Davis and Dave DeCastris.