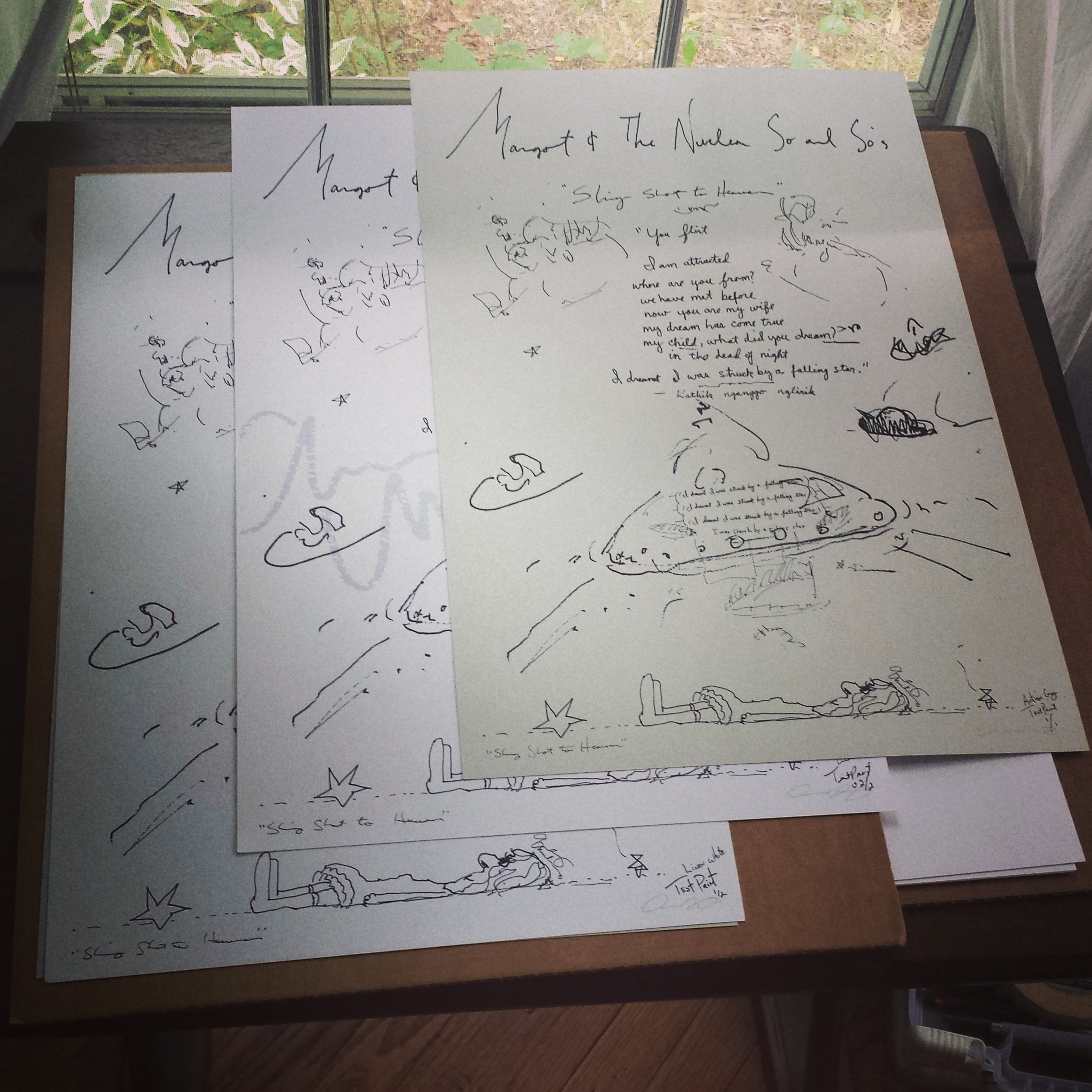 Y’all were close on meeting the goals below, but not close enough.
382 likes on this post – 500 was the goal; close – no freebies being sent out.
With regards to the MusiCares / ltd. prints contest:  7 out of 24 sold by Sept. 15th, not good enough, all 24 needed to sell in order to donate $25 from each order to MusiCares.

However, to the 7 people who purchased one of the limited 24 prints (early-bird priced at $65/ea. before S&H&Insurance), I’ll still donate $20 from each of your print orders ($140.00 total) by Sept. 30th, 2014 to Musicares.org as a thank you for participating in a fun but worthy cause. Thank you to the sweet 7!  The rest of you who are interested in one of the limited prints after the fact, there are 17 limited Sling Shots remaining; however, ya missed out on the early-bird contest price and the fundraiser.  $nooze ya lose! Ahahahahaha ; )

Pet those puppies and eat that pizza, 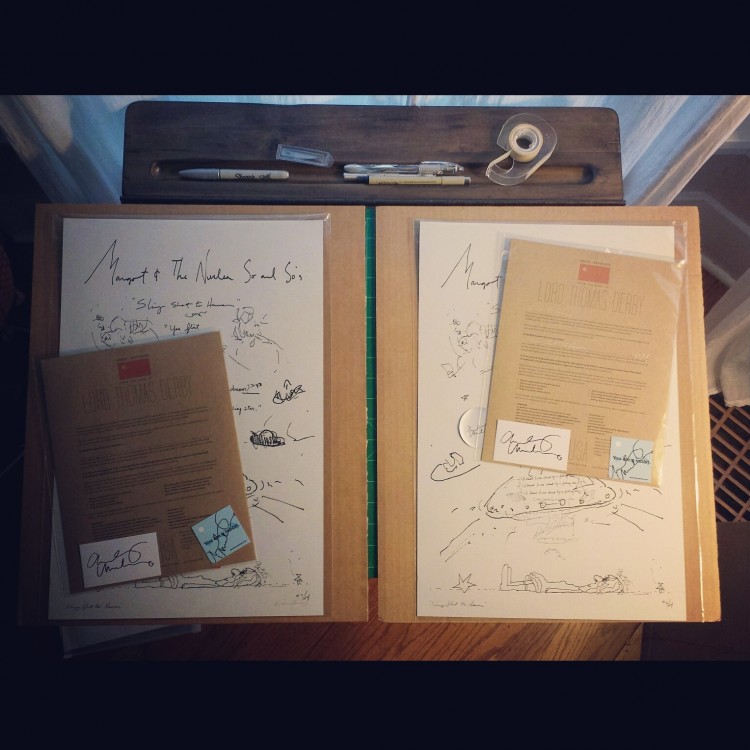 Another contest:
Margot & The Nuclear So and So’s “Sling Shot To Heaven”
2 Phases:

1)  Get this site article to “500” combined imaginary facebook likes or tweets, share it and leave your name, email, in the comments section below to qualify to win one of three test prints by September 15th, 2014.  3 names will be drawn, but you have to leave a comment below on this page.

2)  MARGOT + MUSICARES CAMPAIGN:   I’m selling 24 Limited 1st edition archival ink prints of artwork produced for “Sling Shot To Heaven”, by Margot and The Nuclear So and So’s. Click here to learn more at my online store. If the 24 are purchased by September 15th, 2014, I’ll donate $25.00 of each print (before S&H costs) to MusiCares.org = estimated target is $600 to charity.

Pet some puppies, be good to people and don’t work so hard.  Take ‘er easy for those of us who don’t, that’s right. 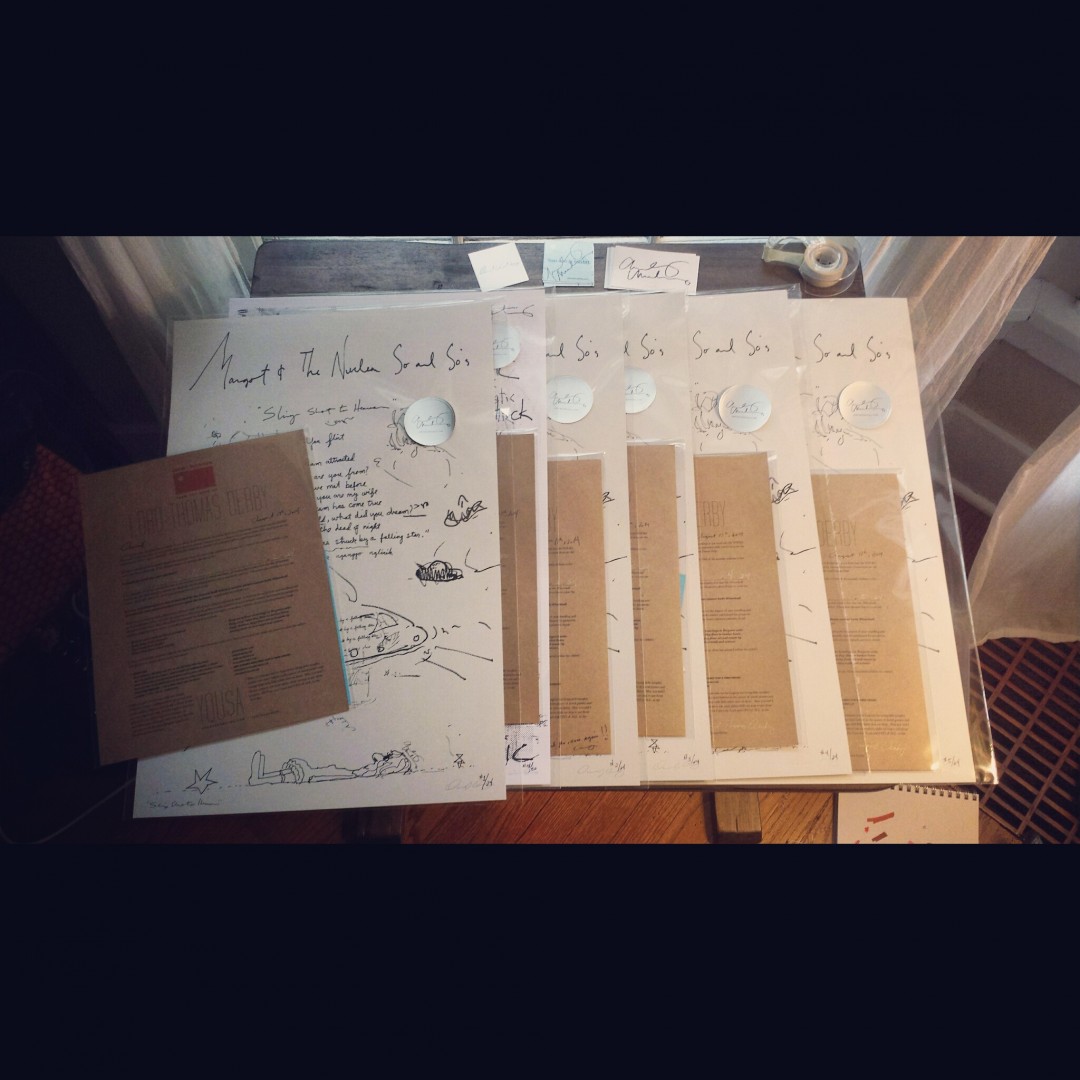 With less than a month to go, I want to thank the first 5 buyers (in order of first come, first serve) of the limited Sling Shot prints, #s 1-5:  Daniel, Tom, Miles, Sanjay and Ryan.  There are 19 left in the first run to meet the Sept. 15th goal, not too shabby for week 1–click here to learn more or to purchase one at my online store.

An extra thank you to Daniel for also purchasing a “Rot Gut, Domestic” 1st edition print signed by the entire band in 2012 (Richard, Erik, Tyler, Ronnie, Cameron, Chris); which I still have a few left of if anyone is interested, click here.

I’ll be sending your online purchases out out before the Sept. 15th deadline, far earlier than noted on my store listing; within 5-10 business days of ordering.

Please keep sharing this article so that we can reach that goal for MusiCares, and thank you! Pet those puppies real good, 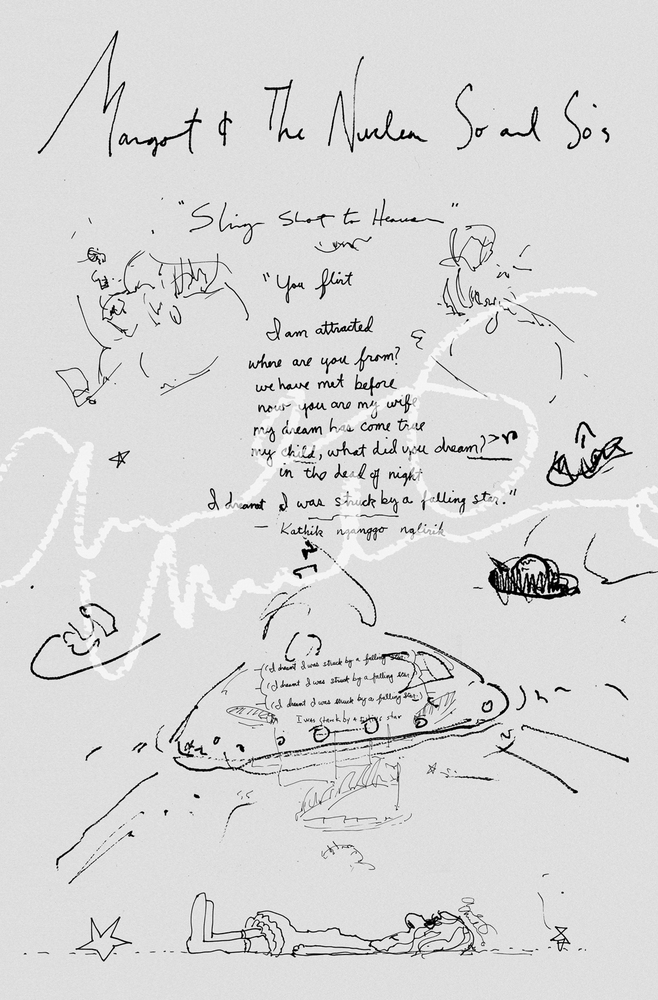