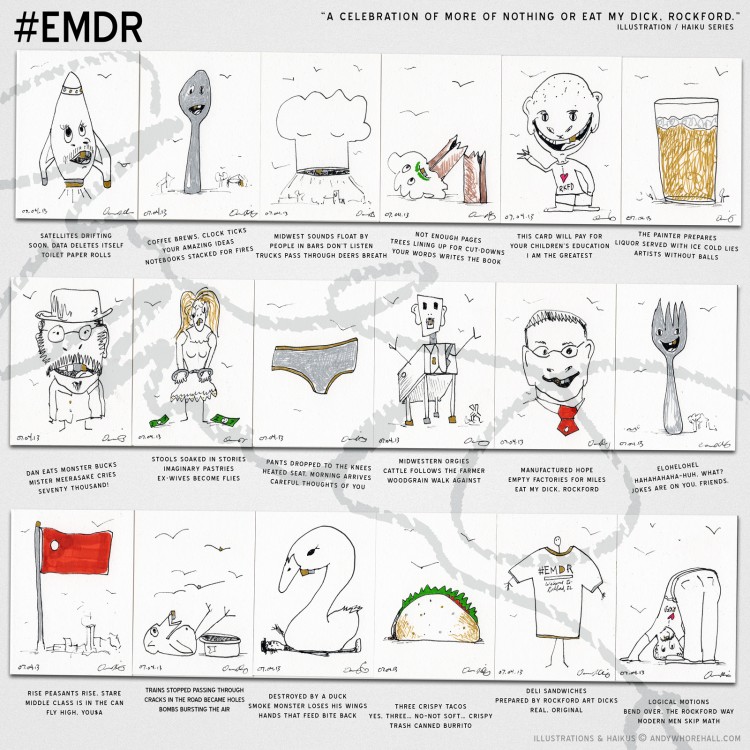 In June 2013, I produced a series of 18 illustrations with matching haikus to celebrate more of nothing on the internet titled, “Eat My Dick, Rockford.”

18 winners determined the amount of illustration/haikus to produce via a social media experiment.  2 Winners became losers because they thought I was joking– that I wasn’t actually real.  Suckers.  Two of the remaining winners received an extra lotto ticket towards their financial future.  Framed illustration / haiku cards were produced and mailed with insurance from my homebase in Illinois to winners in Australia, Canada, Florida and all over.  16 people won the lotto or a free meal’s worth when I die. Congratulations.  I am so happy that we are all so good at internetting and creating human connections from more of nothing.